Director of the Centre for Ethnic and Migration Studies, Liège University and Research Director at the Belgian National Fund for Scientific Research

Migration is at the heart of human history. Over the course of millennia, our early ancestors left east Africa and progressively populated the planet in its entirety. As humans spread across the globe, we established various kinds of social and political organisations; we developed different cultures and languages; we formed imagined communities and collective identities. We cooperated to maximise the chances of survival for all, and we also fought and even eradicated other groups to gain power and control of scarce resources. Mobility, displacement and travel have been, and continue to be, intrinsic to human societies. Both a past and a future without migration are near unimaginable.

Yet today, migration is regarded almost exclusively as a problem, as a sort of disruptive social disease that can harm cohesive societies. Migration in fact highlights pre-existing problems and tensions, be they social, economic, political, environmental or cultural. And it can have both positive and negative consequences on individual lives as well as on the homes migrants leave, the places they travel through and the communities in which they put down new roots. Migration can be a source of pain and suffering, but it can also bring happiness and reveal solidarity.

The scale of economic globalisation in our era is unprecedented in history. Despite the benefits of a highly interconnected world, it is indisputable that our globalised economy has increased social and economic inequalities – not only between regions of the world but also between different groups of people within each region. In this context, migration can be seen as an individual or collective response to the degradation of living conditions of the have-nots or the have-less, as well as to the lack of anticipated opportunities open to the aspiring elites in the global South.

Secondly, since 2020, the pandemic has fundamentally changed our daily lives in so many different ways depending on where we live and our social class, ethnicity, race and gender. Every surge of a new SARS-CoV-2 variant leads governments to close international borders, and, sometimes, to restrict the mobility of people within their own countries. As well as increasing racist rhetoric and behaviour, in particular towards Asian populations, the pandemic has had ambiguous consequences on migration and mobility. Many usually very mobile people have had to restrict their travel, and many others have been trapped against their will either in their home countries or in formal or informal camps across Europe. Yet thousands of people have not changed their migration plans at all: instead they have taken more risks to reach Europe, the United Kingdom or the USA. The pandemic may have reduced the number of people on the move, but so far it has not put an end to global migration.

Migration occurs too within a global context of severe demographic imbalances. Some regions struggle to renew their population, while others have rapid population growth. Contrast the ageing and almost declining European Union population with the young, growing populations of African nations, for instance. Of course, the mechanistic theory of communicating vessels cannot simply be applied to human migration: people do not necessarily migrate from highly populated regions to more sparsely populated areas. Rather, the links between migration and demographic changes are complex and need careful scrutiny. Attitudes towards immigration and its impact on demographics shift too: emigration has been seen by some governments in the past as a way to export unemployment and surplus population, while immigration has been regarded by other nations as a solution to ageing or declining populations.

For the first time in our long history, humans face great uncertainty about the future inhabitability of many parts of the earth. The environmental and climatic changes caused by human activity since the first industrial revolution are already visibly impacting living conditions in many parts of the work through issues such as desertification, heavy destructive storms, floods, severe heatwaves and air pollution. Yet, as with demographic imbalances, the relationship between migration and the climate crisis is complex, and environmental and climatic disturbances do not necessarily translate into increased or accelerated migration. Not all people affected by environmental disasters or climate change have the opportunity or willingness to leave their homes. Many simply can’t mobilise the necessary social, financial and logistical resources to leave, even if they want to, so remain where they are, sometimes at high risk of death. Others have too many ties to their home to consider going elsewhere.

Another key component in the context of migration today is armed conflict based on economic, religious, ethno-nationalist or political struggles: we have not been at peace as a planet since the end of the Second World War. Military conflicts and insurgencies inevitably lead to exodus and exile, even if not everyone affected is able to seek refuge elsewhere.

Given the forces shaping our current world – from globalisation and changing demographics to ongoing armed conflict, the pandemic and the climate crisis – it is clear that migration will continue. It is perhaps little surprise, therefore, that the academic field of migration studies has grown and developed substantially in the last thirty years. Even though there is no overarching, consensual theory of migration, there is wide agreement on a series of propositions about migration, which includes the following:

All six of these observations chime with the histories of the migrants featured in this project. The stories of Faten, Ivica, Ilyas, Hadeel, Navanpreet and Mustafa emphasise that migration is not about statistics and numbers. It is about people who are simply trying to survive, to carve out a good life for themselves and to secure a decent future for their families and children. In other words, those we label as migrants or refugees are humans, with all the pain and joy that being alive brings. A sense of division between migrants and non-migrants is illusory: after all, any one of us could hit the road in the future. If our survival is at stake, if our well-being is endangered, it may be attractive or even imperative to travel elsewhere to build a better life. Surely our freedom to do this is a basic human right, and one that should be recognised at the global level.

To make sense of contemporary migration patterns and to understand the reactions migration provokes in us, it is essential to outline the multifaceted contexts in which migration occurs today. This will also enable a better understanding of the lives of Faten, Ivica, Ilyas, Hadeel, Navanpreet and Mustafa, whose stories are presented here. 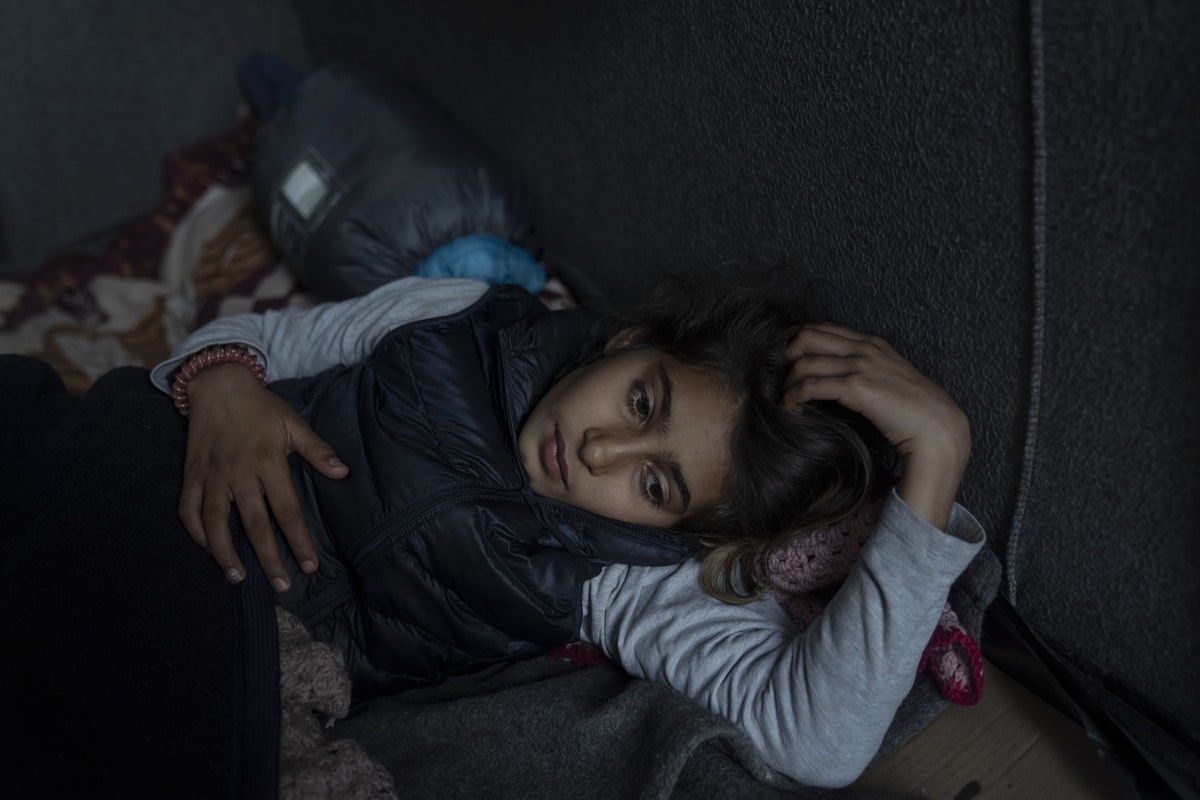 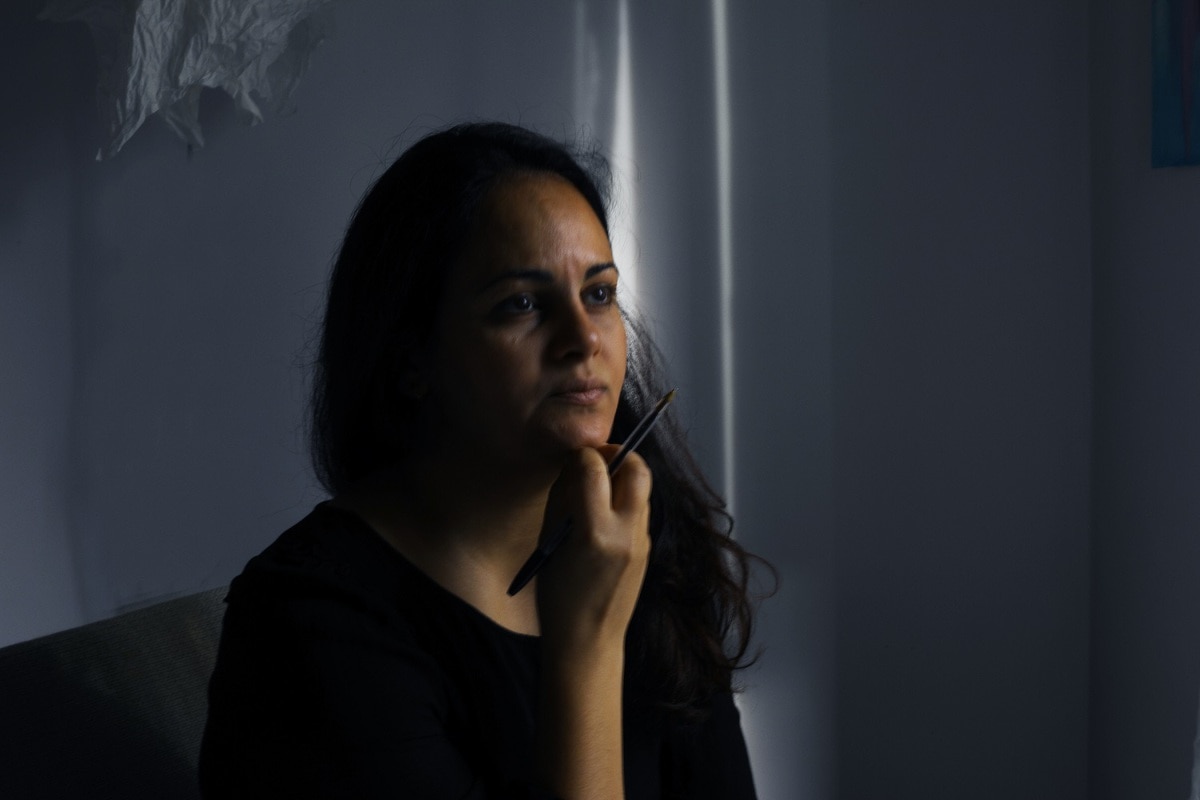 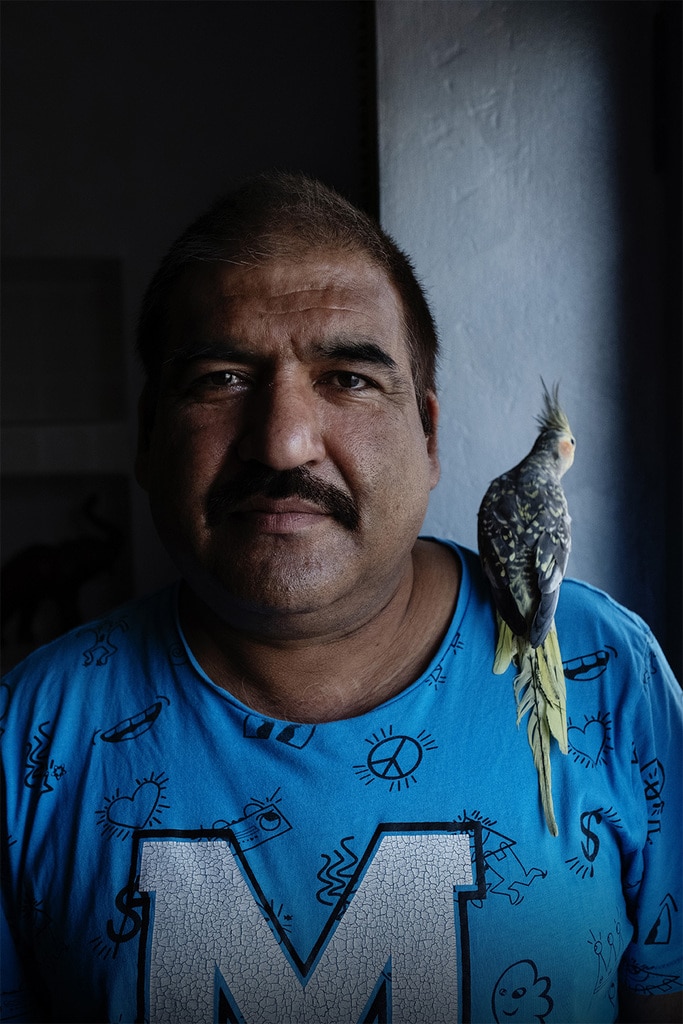 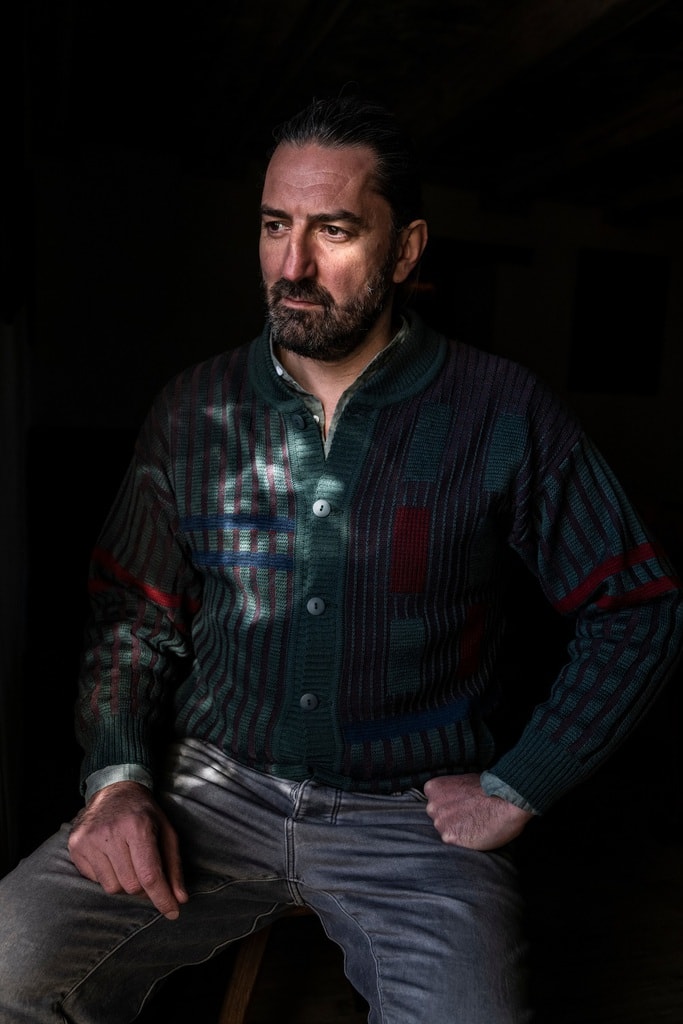 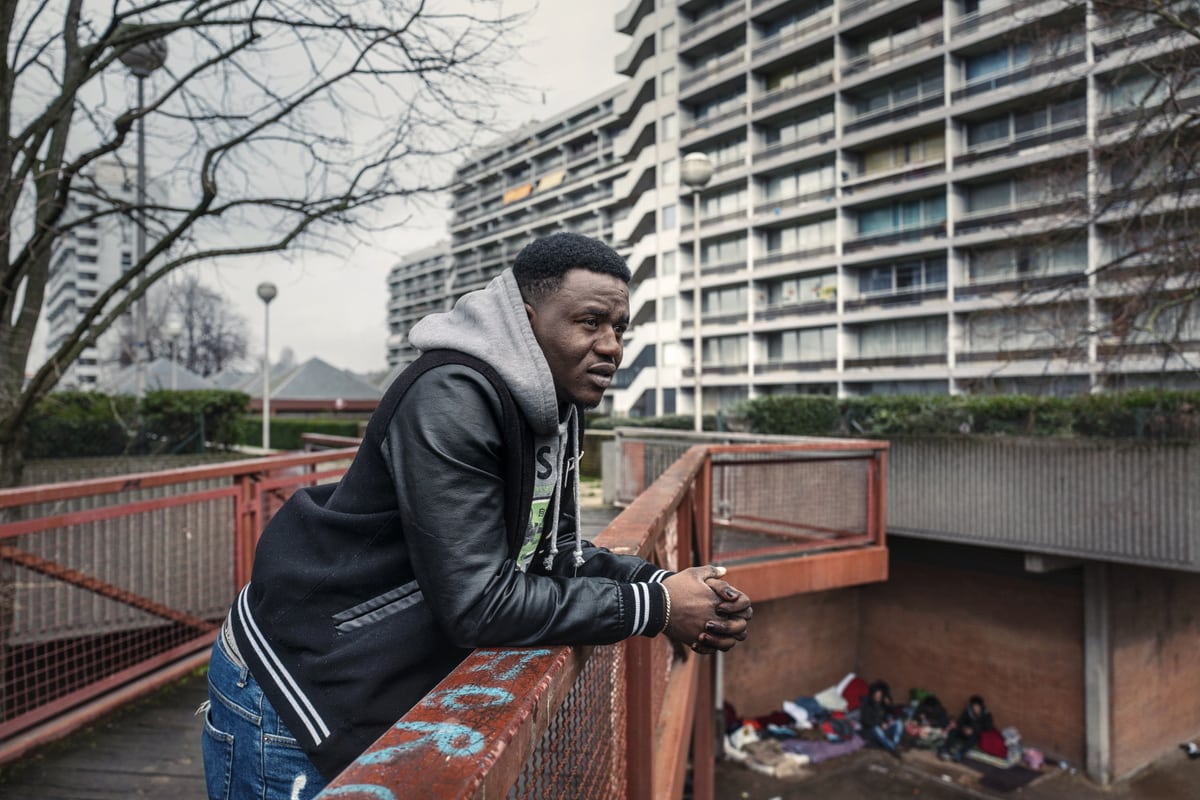 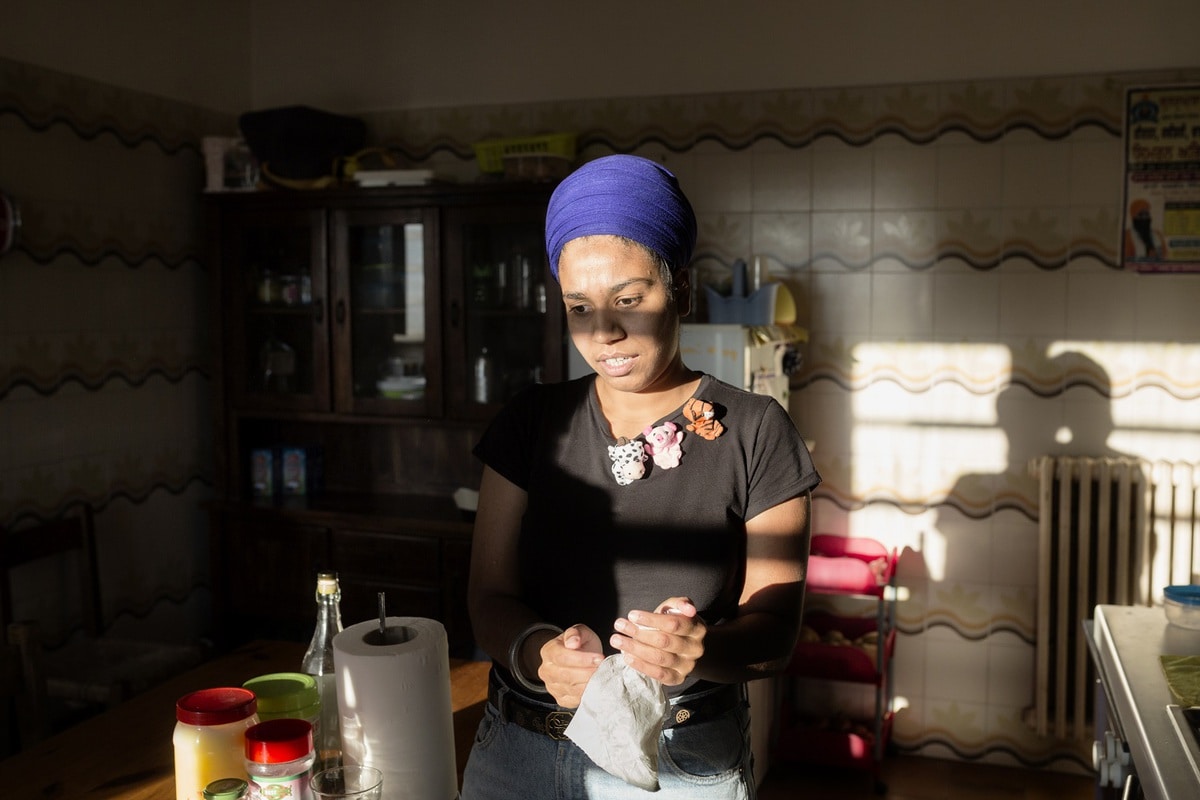